Paving the Way in Refractory Removal with New Hydro-Dem System 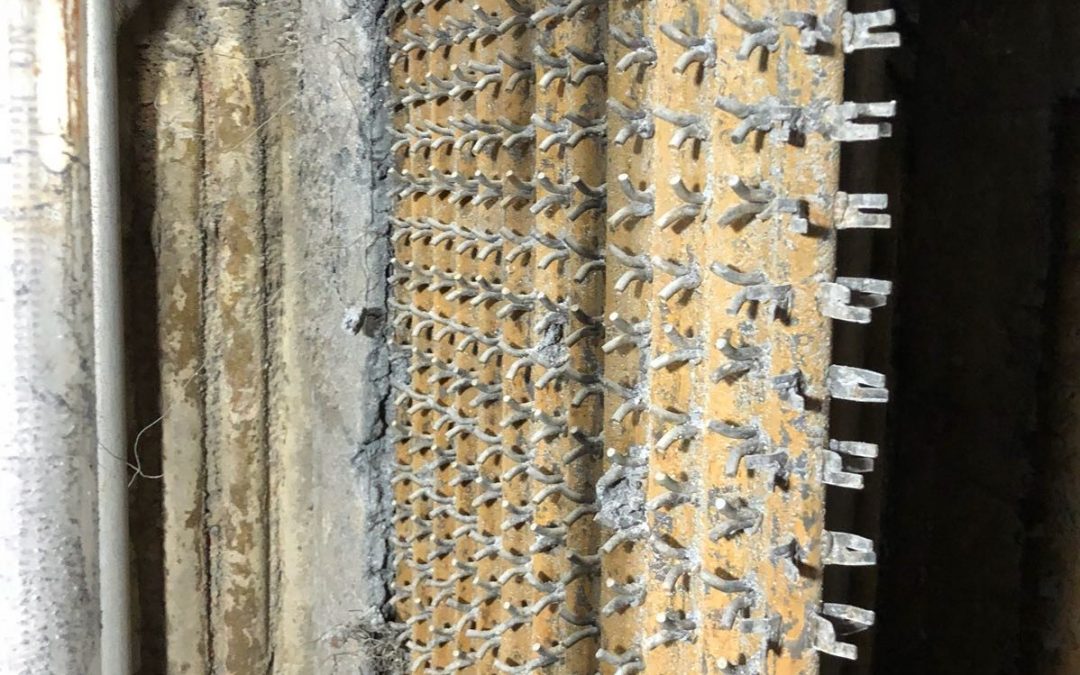 A Yorkshire ‘energy from waste’ plant, which burns waste timber to produce electricity, needed some serious love and attention. The client, a leading electricity supplier, E.ON, retrieve their waste timber from broken pallets, old window frames, doors, and broken chairs – to name a few – to turn it into electricity. A large shut-down had been planned for months ahead and Hydroblast were invited to participate and advise on the best method for refractory removal.

E.ON stressed to us that they had a tight project schedule where many other trades would also be involved in refractory repairs. We were also informed that E.ON had employed another water jetting contractor in the previous year, who hadn’t achieved the desired result, nor had they removed the desired m2 needing to be removed.

The client explained the need to supply 24-hour working and so a continuous 60-hour time frame was given for Hydroblast to remove the desired m2. From the get-go, we knew that time was limited, and that quick and safe removal of the refractory was essential. 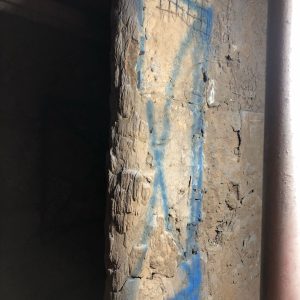 A marker indicating how much refractory needed to be removed

As a result of extreme heat inside the fire chamber, the cement starts to break and burn out. This broken cement then needs to be removed but without damaging the hot water pipes. Using conventional methods such as a hammer and chisel runs the risk of the chisel puncturing, or even bursting, the water pipe. If this happens, there is a considerable downtime, cost of cutting out the pipe, cost of welding the new pipe, x-raying the welds to confirm that they are correct, and then having to pressure teat the pipe with water in to check for any leaks.

Although using the technique of hydrodemolition to remove refractory cement/lining is more expensive than labourers and traditional methods, there is no comparison in cost savings.

Issues Faced During the Task

The client had come across our method of refractory removal through a case study we had posted on our webpage. However, after meeting with the client and setting up the equipment we had developed and adapted, the equipment was too large and wouldn’t fit in the confined space inside the refractory chamber.

We had to find and develop a different solution – one that was lightweight, easy to move, and able to fit into a confined space.

An additional consideration was that, although the removal rate was important and would be carefully monitored, it was important that we didn’t remove too much. Instead, we needed to take off just enough refractory so that the refractory installers could install the new refractory in the given time.

In addition to the physical demands of the project, health and safety was a big concern as we were working within a very confined space. It was also imperative that the water jetting wouldn’t affect or injure the other trades working on the project. And lastly, noise was also a factor and noise insulation sheeting was installed as a result. 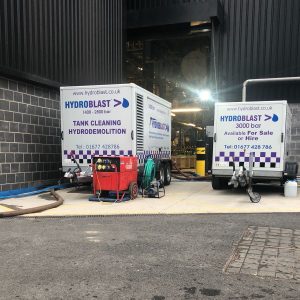 We addressed the pre-start meeting to explain the proposed method and talk through the hazards and risks we faced. We spoke to all other trades on the site and explained our technique, including that we would be starting at the bottom and working our way up.

To carry out the task, we employed our latest pump at the time, which delivered 1400bar at 78 litres/minute, alongside its brand-new Hydro-Dem no manual hand lance system. 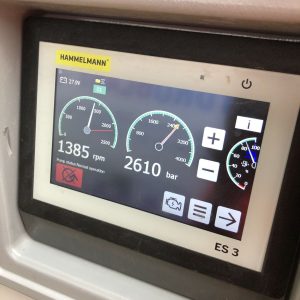 The chosen method gave nearly 3 times as much output as manual hand lancing would have been capable of doing. The removal rate was also nearly 3 times faster, which proved to be critical when our time was so limited.

The automated system was lightweight and easily moved to different levels and heat exchange panels inside the refractory chamber.

We met with the client following the hydrodemolition project and discussed the finished result. The aim of the meeting was for us to ask the following:
• How did we do?
• Was everything to your satisfaction?
• How can we improve?
• And (more importantly) – will you use Hydroblast again?

We walked away from the meeting with a list of further ‘extras’ that the client wished to obtain, could we find some safety jetting curtains that would combine safety and noise. The client also asked, “will you be available in 6 months’ time for our next major shut down?!”, which we will without a doubt be going to help with.

All in all, we feel that we achieved a lot and it was yet another first for Hydroblast – innovating the way in refractory removal.

If you require refractory removal and recognise the many benefits of doing so using innovative water jetting techniques, get in touch today.